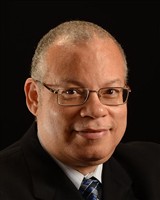 For 38 years, Dr. Ridout demonstrated laud professionalism in performing gastroenterology procedures. His emphasis was on educating his patients, rather than just treating them, and catapulted his career and brought him to the forefront of his industry. According to Dr. Ridout, people become overwhelmed with fear when they don’t understand what is wrong with their bodies. By talking them through the process of cause and treatment, he is best able to assuage their uncertainties, remove their fears and provide better practices to fulfill their individual needs.

Dr. Ridout earned an MD from the University of Cincinnati in 1979. He established his career as a board certified internist at the Graduate Hospital of the University of Pennsylvania, where he also went on to complete a residency in internal medicine and gastroenterology. Through his early experiences, Dr. Ridout realized the need for minority doctors and the positive influence he could have on a dire community. A certified chief medical resident, he attributes his compassion for underserved individuals to the values he learned from his parents. He carries with him the determination to always help those who are in need of help.

Dr. Ridout is recognized as a fellow of the American College of Physicians. To remain current with industry trends, he is affiliated with the American Society for Gastrointestinal Endoscopy and the American Gastroenterological Association. Dedicated to giving-back to his community, Dr. Ridout volunteers for the Sylvia Olden Lee Music Guild, the American Cancer Society, Inc., and the United States Holocaust Museum.

A natural-born musician, Dr. Ridout taught instrumental music for many years to showcase his passion outside of his professional life. An affiliate of the National Association of Negro Musicians, he loves listening to music, choral singing and conducting a choir. In addition, he aspires to become a director of musical ensembles and involve himself in music composition and orchestration.